Waterproofing, thermal insulation and acoustic since 1980

We present an acoustic adaptation whose main objective was to make the sound emitted by a flamenco guitar as natural as possible ..

We have special affection for this case, more than because of the scope of the problem, because we managed to satisfy one of the most famous flamenco guitarists of the moment in this musical genre. Naturally with one of the most demanding ears and whose identity we will preserve.

On the other hand, the original conditions of the room were very unfavorable for the use for which it was intended, which always supposes an extra motivation due to difficulty for our team of acoustic engineers.

Although the room had other acoustic problems in its original state, such as the need to reinforce the enclosure’s insulation, the main objective was to condition the room acoustically to ensure that the sound emitted by this specific instrument, the flamenco guitar, would be as natural as possible. That is, to achieve a sound that is as little altered as possible by the room itself when it is recorded. All this also taking into account the style of the guitarist and the particularities of said musical genre.

In this case, neither the interior cladding of the room at the starting point, nor the geometry of the room helped to achieve this goal.

Specifically, the room has a cubic shape, this being one of the least appropriate to form a listening or recording room. In this regard, it is convenient to introduce the concept of proper modes, related to the constructive and destructive interferences that originate due to the encounter between the original waves and the reflected ones, and that have as a consequence the adulteration of musical sounds.

To respond to this problem, the Prolisur engineering team followed the following work procedure:

At the same time, the particular characteristics of the instrument and the guitarist were investigated in order to adjust the objectives to be achieved in the acoustic parameters.

Next, the recording room was modeled, implementing a three-dimensional model of it using state-of-the-art acoustic software, adjusting it to the values of the parameters obtained during the previous measurement phase.

Once the simulated model has been adjusted, a multitude of corrective measure packages are proposed and analysed, until the desired objective is optimally achieved in technical and economic terms.

The final stage is, naturally, the execution of the corrective measures and the final acoustic certification of the work.

The technical solvency and the capacity for economic optimization lead Prolisur to be among the best national companies to achieve the desired acoustic results even in the case of the most demanding clients.

You are viewing information about Success story: acoustic adaptation of a music recording room but you may also be interested: 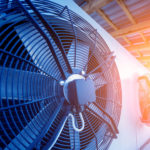 The annoying sound of machinery in buildings affects the well-being of many people. The solution is acoustic barriers specially designed for each case. 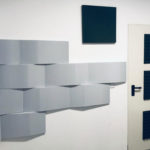 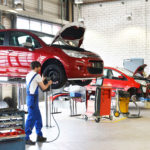 To open a business it is necessary to be in possession of a license that authorizes and confirms that your activity is authorized by the competent bodies. 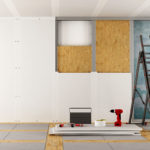 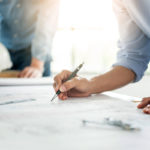 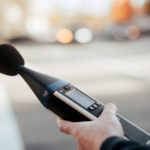 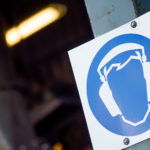 How to reduce industrial noise

Reducing industrial noise and vibration at an acceptable cost is essential for many companies. At Prolisur it is our specialty.